If Matt had asked me to marry him, I would have said yes.

There are a lot of reasons for that, some of them better than others. 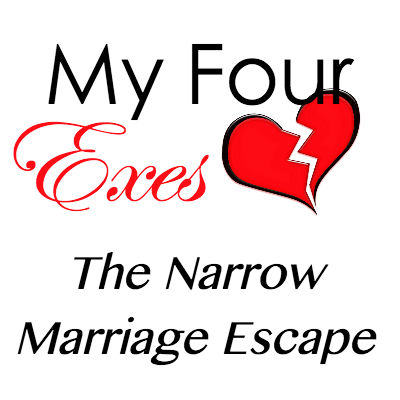 Probably the best reason was that I could picture us married and raising a family. We both wanted kids someday and I figured we’d buy his folks’ house from them and raise a family there. I practically had the playroom designed in my head.

Other reasons? Well, before Matt, I’d always thought I’d “save myself” for marriage. And when that wasn’t an option anymore, I thought at least I’d be marrying my “first.” (Sorry for all the quotes, but those were the actual words I used in my head, even though that phraseology squicks me out in my older and wiser years.)

I was the right age to commit. Sure, I was still in college, but a long engagement could serve the purpose of allowing me to graduate, and after that, we could move in together. Logic.

Funny how those reasons outweighed all the ones that should have had me running away screaming at the very prospect of marriage.

We fought all the time.

We couldn’t agree on fundamental questions of morals, ethics, and religion.

His family was crazy– and not in a cute, quirky way. They were literally dysfunctional, and I would have been marrying into that.

He didn’t love me. I knew it, somewhere in the repressed corners of my mind, even before he dumped me. I think he did love me once, but not by the time we broke up.

He called me a “fixer upper.”

I could keep going. But I won’t. Because it’s depressing. What the hell was I thinking?

All this is to say, I guess, that it’s a damn good thing Matt didn’t ask me to marry him, because he saved me from a life full of all that shit– saved me from myself, really.

So, thanks for cruelly dumping me and breaking my heart into a billion pieces, Matt. I owe ya one.