I met Luke for the first time at a baseball game. We were both in an organization on our high school campus that did fundraising by selling popcorn at the local minor league games.

My sister and I had signed up to be on a shift together, and Luke was on that shift, too. My sister already knew him from somewhere, but I didn’t know him at all at that point, and she introduced us. 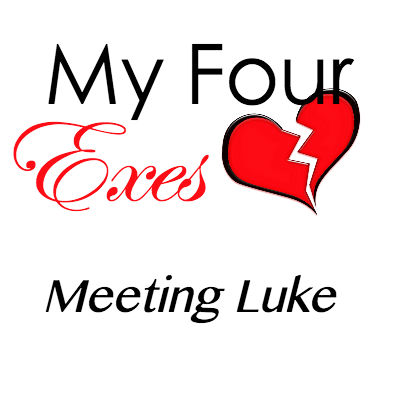 I was drawn to him immediately. He sort of reminded me of a rubber band: Bendy and bouncy, but sometimes he moved so fast you’d lose him. We immediately fell into a personable back-and-forth, trying to one-up each other’s jokes and quips.

I think I may have mentioned before that my main desire in high school was to blend in. Carrying a tray of popcorn and screaming, “Popcorn! Get your popcorn!” at baseball games did not qualify. And you have to think big minor league here — like the dudes one level down from the majors. It was a big stadium with a lot of people. I would almost rather have died than done it, but it was a fundraiser. I couldn’t complain too loud.

Instead, I went out and screamed at people to buy my damn popcorn and when I was just about comatose from the embarrassment, I would head back in to the staging area and wait for Luke to come back and cheer me up. Eventually, we sort of synced up our trips back to popcorn staging. Ah, me. L’Amour among bags of fake butter.

Except it wasn’t really that — but it was something. I think I knew we’d make excuses to see each other again after that. We didn’t have any of the same classes (giant high school), but we’d run into each other, on purpose if necessary.

I think here is about the point where I made a half-hearted attempt to set him up with my sister (which only consisted of teasing my sister that she must like him). I didn’t really understand why she didn’t seem drawn to him like I was. Surely she must see what a cool dude he was, and if he was her boyfriend, we’d have an excuse to hang out more. Yeah, dummy me, but that was totally my thought process.

Of course, you know how this story ends. After a summer of puppy-dog eyes and devoted following, I finally figured out that Luke was interested in me. Why my white-knight slaying the dragon of screaming embarrassment never entered my mind as a possibility for dating, I can’t say. I guess I just wasn’t on that wavelength. I blame the fake butter fumes.