I don’t think you should commit to someone, really, until you’ve seen them at a low point. Morbid as it seems, low points are what define us. 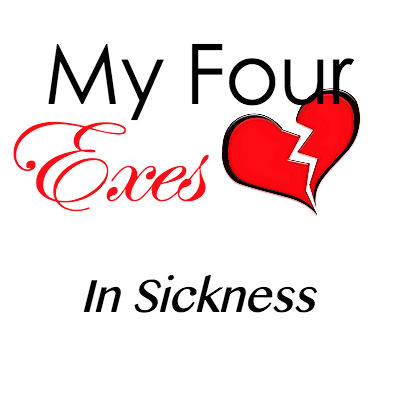 Joe didn’t get to see my low point until he was about to head off to college on the other side of the country. The second day of my sophomore year of highschool,  I stepped  out of the minivan to walk into the building and stepped off the curb and right onto my ankle. I was wearing adorable little canvas sneakers and little bitty khaki shorts– I remember because I never wore those shoes again and I wore jeans for weeks afterwards to cover the ace bandage. (Good thing flare jeans were in back then.) My ankle swelled up and turned purple by the end of the day. It hurt like a bitch.

Joe didn’t make much of it, good lad. He must’ve realized that attention-seeking was not my bag and a softball-sized purple ankle was doing nothing to help me blend in, and I hated the whole situation. He just checked my ace bandage to make sure I wrapped it right and then chivalrously carried me up the front steps of his parents’ house so I could come in and see their new kittens later that week. So I guess I passed that “low point” test… except that he was gone about a week later and we sort of broke up by default just because we stopped talking to each other. Hrm. I’ll not blame that on my low point, though.

The first time Shane came to visit, I was on my period. He was staying in the den in the basement on the pull-out couch, just next to the downstairs bathroom, which happened to be the one I stumbled to sometime in the wee hours of the morning in search of fresh feminine hygiene items and Midol. There may have been quiet whimpering, but I tried not to make too much noise.

The next day he admitted he’d been awake for the whole thing. I was mortified, but explained the situation as delicately as I could and then blocked it from my consciousness by sheer force of will. Later that day we played some badminton in the yard and he kept asking me if I was ok, and I kept assuring him that I was fine, and I didn’t realize until much later that it must have been the midnight whimpering that set off his concern. Oops.

Still, I think I passed that one, too, because I ended up with an awkward kiss and a fantastic tickle fight.

Luke probably saw more of my lows than any of my other exes, by virtue of the fact that we spent the most time together, by far. He came to visit me once when I was sick. My mom ushered him into my darkened bedroom and he sat on the edge of my bed and murmured platitudes while I prayed to God he wouldn’t look at my hair and I wouldn’t throw up on him. He didn’t stay long and I think we were both fine with that. But he never shied away from my sickness or tears or even my foul, horrible moods.

I’m sitting here wracking my brain for a low that Matt might have seen, but all I can think of are the tearful, screaming fights and I guess that’s enough of a low. Maybe the phrase should be, “in sickness and in health, and also in snotty, red-faced rampages.” (Of course, he’s the only ex I ever rampaged at, so maybe some of it wasn’t me. Just sayin’.)

I’m glad they stuck with me through my lows– gross, bloody, and hateful though they were. Anyone who manages that gets some hindsight props from me. Hear that, boys? Fine job.