I’ve never been a great beauty, and I’m not saying that to fish for compliments, so don’t. I’m not terrible to look at, but my hair leans toward “ashy” (which I think is the polite way to say “mousey”). I have thunder thighs (even when I’m relatively thin, which is not always, as I lean toward the chunky side anyway). My skills in fashion, make-up, and hair are fair-to-middling at best. All of this I know, and all of this I am ok with. 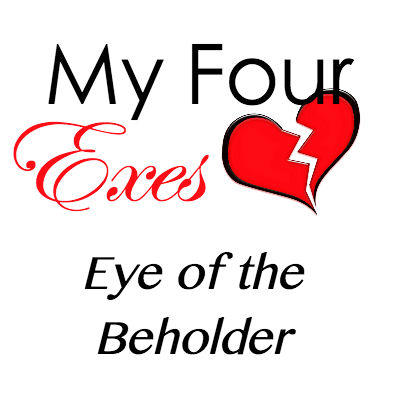 But there have been some exes who made me feel more than average.

Joe loved my eyes. He’d wax poetic about them… badly, sort-of-rhyming, and without any kind of meter, but still “poetic.”

Shane told me I was beautiful all the time– my hair, my face, ya know. Then after we broke up, he made an off-hand jab to the effect of, “You’re actually not that great. I was just saying it to make you feel better.” Oof. Part of this I’ll blame on the fact that I dumped him and he needed some revenge. But part of it, at least, I have to accept as truth.

Luke’s compliments never went much past, “You’re purdy,” but he meant it from his heart.

And Matt? Well, Matt was probably the most convincing, but that’s likely because he had the best chance of getting in my pants, and when you want to get there, you spread the compliments on pretty thick, unless you’re dumb or something.

So if beauty is in the eye of the beholder, I guess I have to tell you I’m beautiful. I have pretty eyes and soft hair and a lovely smile. At least if you’re trying to sleep with me.