I’m Team Edward, for you Twilight fans. For the Buffyverse, I am totally, totally Team Riley. (Go ahead and hate if you must.) And, surprisingly, I’m Team Gale in the Hunger Games… Guess that’s my violent streak coming out. And if you’re into Veronica Mars, I’m Team Dick, just because. (Really, I’m Team Anybody Who Isn’t Piz.) 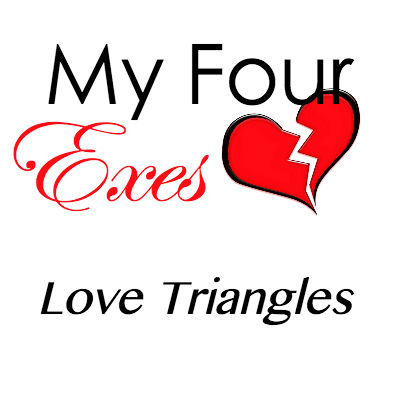 I hate love triangles, actually. I’m an avid reader, but I tend to avoid Young Adult novels because of the love triangles. They make me uncomfortable.

“Come on. Don’t you remember what it’s like to be a teenager and want everything?” asked a friend of mine a few weeks ago when this discussion came up. Her argument has always been that humans’ natural state of being is to appreciate the sex appeal of lots of people at once.

“I remember undying devotion to my One True Love,” I responded, only a little bit sarcastically.

My M.O. was always full-on devoted monogamy. That’s partly due to my upbringing, partly due to my personality (a little shy, quiet, and secretive– and thus incapable of flirting in any real capacity), and partly due to the fact that I just didn’t have a bunch of different guys to choose between all the time.

Did I ever feel a pull in two different directions? Yeah. But nothing good ever came of that. And back then, I never, never would have admitted that I was attracted to two men at once because quelle sin, duh. I just ended up with two pissed off guys and a grapefruit-sized ball of guilt in my guts– and nothing even happened.

And so, natural state of being or not, I can’t ever be ok with not being able to choose between two men. Whether that’s because I can’t imagine it, or because I can imagine it, and it’s the most horrible thing ever, I can’t quite decide.

One thought on “Love Triangles”