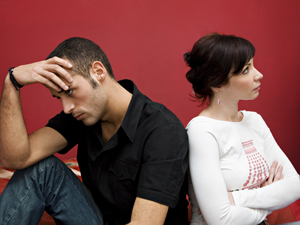 “Fail quickly.” Have you heard this new entrepreneurship buzzphrase? The idea is that you try something, and if it works, good on ya, and if it fails, you figure it out quick, let it go quick, and move on to the next thing quick.

My shortest relationship ever was 10 months. In fact, both of my first two exes were 10-month long entanglements. That seems sort of short in my adult life, but for a 14-year-old, 10 months might as well be forever and I’m not really exaggerating that much.

I’m just not good at deciding when a relationship has indeed hit “failure.” I’ve always been of the very Protestant mindset that anything worth having takes hard work, so when the going gets rough, I kind of get glad about it– it must mean I have something good if I’ve got to fight for it, right?

Turns out, though, that in the relationship arena, sometimes it’s best to cut losses and get the hell out.

Maybe there’s a percentage of the population that can’t fail quickly, at least in relationships. Failing quickly involves launching into something with fiery passion, a million miles a second. I’m not that girl. It takes me a long time to fall in love, and a long time to fall out of love, too, I guess. And though I don’t apply a “never give up” philosophy to other areas of my life, I hate to be called a quitter when it comes to loving someone.

Maybe I’ll never know how long to stay and when to go. I’m sure I will never master failing quickly, at least at love.