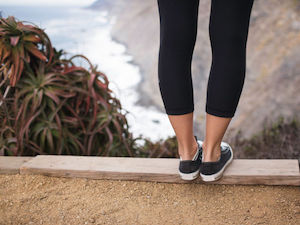 I read an article this week that shifted my worldview a little. It said that the reason people decide to break up is usually because one person sees a promise of something better. It’s not directly because that person is unhappy or fearful in their current relationship. Unhappy, fearful people stay.

Let’s take Luke for example. I was not unhappy or fearful when I was with Luke. Luke was Good People. He never mistreated me. Hell, he never even disagreed with me. But when I pictured our lives together, it wasn’t what I wanted. I wanted more than a class clown with no career aspirations. I wanted more than to always be the smart, responsible one in the relationship. I saw a bright future that didn’t include him, and we broke up. (Fine, I dumped him.)

Now let’s look at Matt. I knew Matt and I were wrong, almost from the beginning. Matt was volatile. He never hit me, but he threw things. He called me names. He shouted. But while I was with him, I truly couldn’t fathom life or a relationship being any better than that. After all, I must have deserved what he dished out. I felt prickly and hard to be with all the time (partly because of my relationship with Matt, but partly because it was a really hard time in my life and I was struggling with other things, too), and if that was true, then it was my fault he acted the way he did. Thusly it was also my fault that I was afraid of him. So I stayed.

Eventually, Matt dumped me, and thank goodness for that, or we’d have both been stuck in that destructive relationship much longer. It might have taken me years to drum up the self-esteem and courage to end what I already knew was something I shouldn’t be involved with.

On the one hand, it’s depressing that fear can get such a hold on my heart that I freeze. On the other, though, isn’t it wonderful that hope is stronger than fear? Hope has the power to change fear to courage and clarity and freedom.

One thought on “Fear and Hope”