When I was in high school, I didn’t much like coming of age stories. They seemed overly dramatic to me and I always wanted to respond, “Oh quit your whining. If you think that’s bad, you should see my angst.” So I guess it’s sort of hard to relate to someone else’s coming of age drama when you’re in the middle of your own.

I watched The Perks of Being a Wallflower the other day. Turns out I don’t mind coming of age stories as much anymore, I guess because I came out of my own story relatively unscathed, and now I can see the commonalities of experience. I haven’t read the book (and I probably won’t because 2 hours is about all I can give to a coming of age story without getting sympathy angst, even still), but the quote that stuck with me is in the book, too:

We accept the love we think we deserve.

It’s not an easy concept, but I wish someone had tried to explain it to me during my coming of age story. 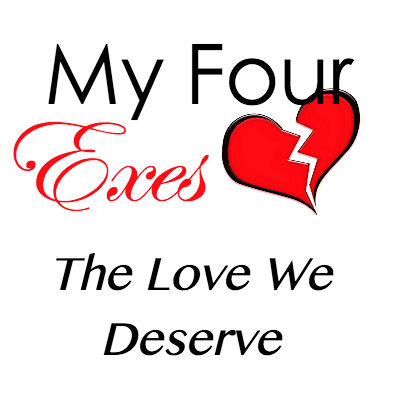 My freshman year of college was one of the worst years of my life… actually, I’ll go ahead and give it the distinction: the worst year of my life, thus far. I had made good grades and been in the top 15 or 20 percent of my graduating class in high school because I studied hard, did all my homework, never skipped class, blah blah. I thought that meant I was smart. I felt invincible, like I could conquer the world, and I went after a full ROTC scholarship for college and won it.

And then I started college and everything was shit. I hated living in the dorm and having a roommate and sharing a bathroom with 20 other girls. ROTC beat the living hell out of me– I was abysmally bad at everything. The memorizing, the marching, certainly the physical tests. My grades were mediocre at best, and my second semester, I flunked the first (and only) class I ever flunked in my life (Chem 2, in case you wanted to know). At the end of the year, I quit ROTC and applied for a position as an RA for the next year to replace my ROTC scholarship. I didn’t get the job. They put me in the “alternate pool.”

Sometime around then, I broke up with Luke. My whole life felt so rotten, and that was one thing I could change. I couldn’t make myself smarter, or a faster runner, or a better job applicant, but I could break up with my high school boyfriend. It sounds mean, but I wasn’t really thinking it consciously. I just knew I wasn’t happy, something was wrong, and Luke was part of that wrongness.

When I met Matt, I was still broken. It was my second semester of sophomore year, so I’d picked up some of the pieces. I’d gotten selected out of the alternate pool and actually got to be an RA. I’d managed to claw my way back to a decent GPA. ROTC was a thing of the past (although I still had nightmares about 5 a.m. battalion runs). But I was a little fish in a big pond– insignificant in all the ways that mattered, and so much less “gifted” than I always secretly thought I was in high school.

And I wonder, in hindsight, about what kind of love I thought I deserved. Was part of why I broke up with Luke because I didn’t deserve to have someone love me when I felt like a sorry sack of shit all the time? Did I start a relationship with Matt because he saw me the way I saw myself (sort of dumb, immature, gullible)? Did I stay with Matt, even after the worst thing he ever said, because I sort of believed him?

Maybe. Maybe. And I wish I’d been able to figure that out then, but maybe you have to have the vision of hindsight to make a leap like that, or maybe you have to– you know– actually like coming of age stories to glean the lessons from them when you need them.

Or, maybe, you just have to be an adult before you can tell a really good coming of age story.