I read High Fidelity for the first time after I got married and was done with the whole dating scene. If you’re not familiar with the book or the movie (featuring John Cusack), this dude has a crisis of faith or something after his long-term girlfriend dumps him and decides to find all of his exes and talk to them about why their relationships didn’t work.

I cringed mightily at the thought of this. I would, for one, not like to go back and hear from my exes why they decided I was messed up enough that it wasn’t going to work between us.

Besides, I pretty much know the answers anyways. Here’s how Joe’s would go. 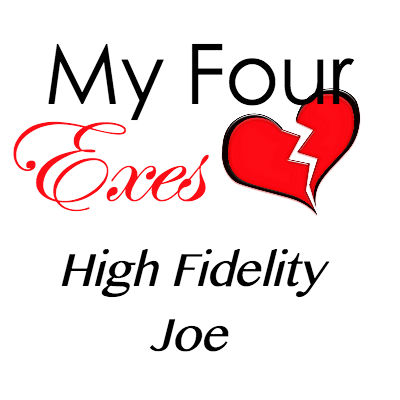 “So, Joe, why would you say it didn’t work between us?”

Joe shrugs and looks disinterested. “I dunno. Because I moved I guess. You were a pretty cool girl, though.”

“Um, thanks? But we could have tried to make it work, right? I mean, if we really wanted to…”

“Meh, maybe. Remember, though, back then we would have had to call each other long distance.”

“So broke. I don’t know why I thought it would be a good idea to go to a private college across the country without a single scholarship.”

“So would you say you were under too much stress to commit to a girlfriend back home?”

Now Joe gets uncomfortable and starts hedging. “Stress? Maybe. Well… it was just a different world out there, you know? Different things and people and home was so far away and…”

Joe cringes, but nods sheepishly. “I guess. I’m not the first guy who’s ever gone off to college and decided to… er… sow my wild oats, you know?”

“Don’t be mad,” he says. “I would have gotten back together with you when I came home if you wanted.”

“You didn’t seem too broken up about that, buddy.”

“Well, you had a new boyfriend. I wasn’t going to mope around after you.”

“Fair enough. So… I guess we can blame lack of interest from both parties for our break-up?”

“When you say it like that, it sounds pretty bad.”

It’s my turn to shrug.

“Hey,” he says with a grin, “It all worked out for the best anyway, right?”

And then he picks up his toddler who immediately barfs on his ill-fitting polo shirt and jorts and I silently agree. Yeah. It was all for the best, really.