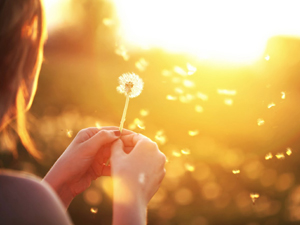 When you break up with someone, everyone wants to focus on the heartbreak– you know, the despair over losing your best friend or partner in crime or whatever, all the implications of going to every social event for the rest of your life all alone (because obviously you will never find anyone else), the endless hours of weeping into a half-eaten gallon of rocky road ice cream.

I get that stuff. I’ve been there.

But for every break-up I’ve ever been through, there’s also been an element of relief.

I’m going out on a limb here to talk about this. It’s possible it might be one of those things that I think other people experience too, but then I am met with silence and I go, “Oh, just me? Ok then…” and we all pause awkwardly because I am weird.

I was also free of the commitment of putting someone else’s happiness above my own. I guess that sounds damaged, but I was raised to think of others’ happiness before my own, and a relationship seems the most realistic place to practice that. (This is not to say that I was always great at putting my exes’ happiness above my own– I was quite bad at it in many cases. But I always felt a need to try.) A break-up meant that I was allowed, even obliged, to take care of myself first. For one thing, no one else was going to do it (certainly not the recent ex), and for another, I’d just been hurt, and no one expected me to do anything else but try to take care of myself. It was the one time where I didn’t have to feel selfish and guilty for thinking of myself first.

I think it’s even a little more long-term than that, though. It’s not just about the days or weeks after a break-up. It’s about being completely your own person again, and considering what decisions mean for yourself, and not for yourself with somebody else. That’s a pretty big deal, and a lot of stress to leave behind. Somewhere in the depths of loneliness and despair even right after a break-up, I think I could always see the freedom and independence of singleness and how, damn, I was going to be ok, and probably even better off than before.

So, boys, if you saw that flash of relief in my eyes when we broke up, try not to take it personally. It wasn’t you– it was totally, totally me… because I am a badass and I always knew I’d be ok on my own.

One thought on “The Relief of Breaking Up”