Before any of the four exes were exes, and well before I’d met them even, I was a gangly, weird-haired middle-schooler who, nevertheless, hoped to find love someday.

I’m told that I “blossomed” in eighth grade. This was the term used by my beloved leadership class advisor, and I think it meant that I stopped wearing so much pink glitter and started attempting to comb my hair most days. These changes attracted very little notice among my peer group, as all middle-schoolers are so locked up in their own weirdness that they barely have time to notice anyone else except to break free now and then to make mean jokes.

Prime example: My best friend from elementary school and I ended up on different “tracks” in middle school, which meant that we rarely saw each other. I did see her one day in the hall, though, and I said admiringly, “Oh, Rebecca, your hair has gotten so long!” and she responded snippily, “Well yours is short. What did you do, get ahold of the scissors?” And her stupid friend Michelle shrieked with laughter that echoed off the cement walls for hours. I ducked my head to keep them from seeing the tears in my eyes and hurried past.

There’s the occasional bright light, though. My church youth group went to “winter camp” when I was in eighth grade. “Winter camp” was basically a coed weekend sleepover at a church in the mountains where there would probably be something crusty and white on the ground somewhat resembling snow. We were thrilled.

The first day there I saw the crush that I would stalk from afar all weekend. Well, first I felt him.

We were all walking between buildings and I heard a shriek and then felt a cold thwack on the back of my head. I’d been roundly beaned with an icy “snow” ball that was probably more parking lot gravel than actual frozen stuff. I winced, rubbed the forming bruise on my head, and turned to face my attacker.

He was slim and tall and beautiful and he looked horrified. “I’m so sorry,” he babbled, and turned red up to the roots of his hair. “I didn’t mean to hit you. I was aiming for someone else.” He needn’t have worried. I forgave him immediately. 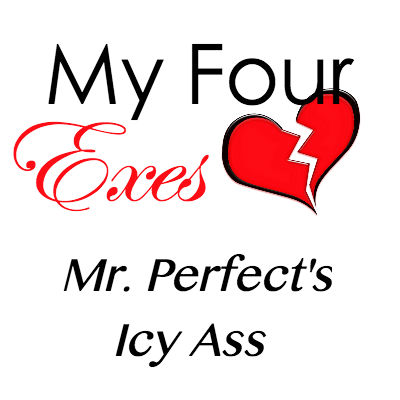 I was unaccustomed to noticing body parts of the opposite sex (besides lovely smiles, which had besotted me since the age of, like, 5), but this kid had the most amazing butt, and I watched that butt all weekend. Yeah, the guy nearly brained me with an ice-ball, and all I could do was admire his ass. Middle school.

Somewhere near the end of the weekend, I was walking with some other kids from my youth group, and he was walking with some kids from his youth group a few yards ahead. I was, of course, fully aware of the proximity. In a moment of manic middle school something-or-other, I leaned over to my friend, whispered, “Hey watch this,” quickly made a snow/iceball, and launched it at Mr. Perfect.

It hit him square in his delightful bottom.

I cannot express the giddiness I felt. My heart soared. My bosom swelled. A chorus of angels sang. All the stars aligned, and Mr. Perfect did a half-turn toward me, looking perplexed for a moment, then broke into a grin.

And imaginary trumpets blared the triumph of my young life.