I’m bored. I feel bad about it, but there it is. I’m bored with Luke. 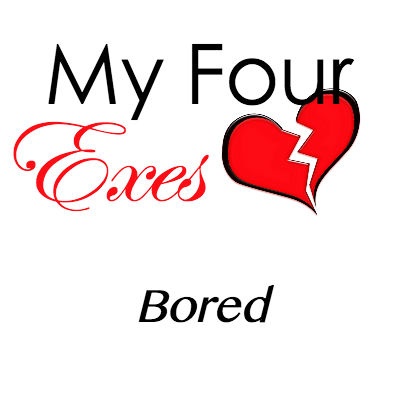 Maybe it’s because the rest of my life is so exciting, in terrifying (sometimes awful) new ways. I am a soon-to-be sophomore in college. I’ve taken my first college-level courses. I’ve made it through a hellish year of ROTC. Because of said hellish year, I’ve avoided the freshman 15 and in fact have dropped a few pounds. I’ve failed my first class in the history of ever, and still managed to keep my GPA reasonably high-ish. I’ve gotten a new job for next year during the school year. I have a full-time job for this summer. I’m a freakin’ grown-up. It sucks, but I’m there, and there’s no turning back now.

Luke is living at home, taking some computer tech classes and selling vacuum cleaners door to door. He’s grown a tiny beer gut and has the same floppy teenager hair he’s had since I’ve known him.

I try to spice things up. I introduce biting to our necking sessions. He responds by sticking his tongue in my ear and I barely manage to avoid punching him in the nose for that.

I try to think about the future. Someday when we’re both grown-ups, we can go to the World Series together. I tell him about it, in great detail. We will watch the whole season so we know every player and all his stats. We’ll take a road-trip to the chosen stadium and we’ll be in the stands– maybe the nosebleeds if we’re low on money, but we’ll go. He seems excited.

And then he fails to do his computer tech class homework and drops out. He doesn’t like selling vacuums either. “It sucks. Get it? Bwahaha.” I get it. But I don’t laugh. He quits selling vacuums.

I dump him. (Afterwards, I sit on my parents’ deck and cry so hard I shake for hours, but I never tell him that.)

He’s heartbroken, and he cries for weeks, sometimes in my presence, sometimes not. He keeps asking me why. Why, why, why over and over again. I won’t tell him.

It seems the worst kind of awful to tell him that I dumped him because I was bored.