I think I was about 12 years old one winter when we went to visit my grandparents in South Dakota, land of mythical things like Wall Drug, Dinosaur Park (a park on a hill with “life-sized” dinosaur sculptures), and Mount Rushmore. 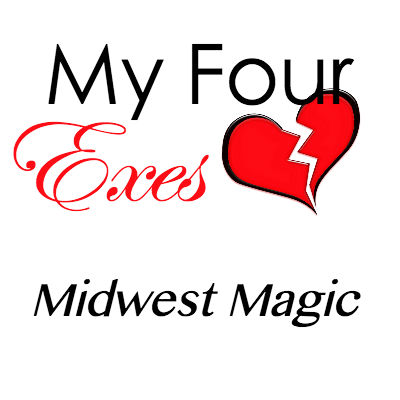 I’ve heard before that the “air is different” in certain places around the world. That’s certainly true about the Midwest. Something about the expanse of sky, maybe, or the cold, or the wide open spaces makes the air seem magical, almost. And, of course, many things about South Dakota seemed magical to me as a child just because my grandparents lived there: the wild turkeys in their front yard, the deer in the back yard, the choke-cherries growing in the ditch– even well water and septic tanks seemed strange and wonderful to me.

In this magical land, anything was possible. We went on outdoor adventures and didn’t have to go to school. There was a park called Storybook Island where you could climb on anything you wanted, and there was an entire museum dedicated to rocks (and if you’ll kindly remember back to your childhood, you will recall that there is very little cooler than rocks, especially pretty ones, when you’re a kid).

So it didn’t seem at all odd to find some magic when we were driving along the road in South Dakota, the whole family in the van, and me in a back seat by the window. We passed by an old blue truck, and a boy about the same age as me in the passenger seat met my gaze with his ice blue eyes, from under the brim of a cowboy hat. It must have only been a few seconds, but to me it seemed like the world stopped and all I could see was this boy. I was a little too young for lust, but something in my guts pulled and I felt connected to him, completely, for just that moment.

He was out of sight shortly and I shook myself back to reality, but somehow I always thought I’d meet him again, and we’d feel that same magnetic pull when we locked eyes, and we’d make friends, and, eventually, this story would come up, and he would say he remembered it too, and he felt the same thing, and of course that would mean we were star-crossed or fairy-dusted or something and we would live happily ever after.

To my knowledge, I’ve never seen that boy again, but you never know. South Dakota is a pretty big place, after all. Lots of magic to go around.