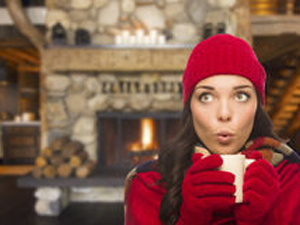 I’ve told you all about the worst things the boys ever said to me. This one’s a little harder to write, though. I am not blameless, which I try to be honest about here. I’ve done some pretty rotten, crappy things to people, and especially to the exes, probably because things get messy when love is involved.

The worst thing I ever said to Luke I didn’t actually intend to say to him at all. I intended to say it to this man-boy I was trying to impress.

But let me back up.

Let me tell you about me and mountain retreats. There is something about mountain retreats that makes me weird and bold, and makes me do things like throw snowballs at the asses of cute boys I like. Breathing the clear air and seeing the sun up close makes me fight against every restraint, imaginary or not. It makes me want to fly and be free and flirt and all that crap about soaring souls. I don’t know. It’s probably altitude sickness.

Anyway, it was the Sunday morning before we were going to drive back to town, so in addition to my acquired altitude-induced independence-or-death thing, I was also starting to feel the squeeze of our impending return to real life.

The man-boy and a bunch of us were sitting around the fire in the great room chatting while drinking hot chocolate. (It was freakin’ picturesque.) Luke was there too, but he had stretched out on the bench he and I were sharing, put his head in my lap, and gone to sleep.

Somehow, the conversation turned to Luke’s and my relationship, instigated by the man-boy. I think it went that man-boy asked how long we’d been dating and someone said, “Dude, like a year or something,” and everyone oohed and aahed and alternately reacted either positively or negatively. Luke did not stir in my lap.

Man-boy crinkled his nose and tilted his head and said, “So are you going to get married, or what?”

Please now recall my altitude sickness and please now recall that I was 17. I am not making excuses. What follows is a terrible thing to say no matter the situation. But it was coming from a place of visceral reaction against long-term bonds of anything, including but not limited to matrimony.

“Nah,” I responded much too quickly and casually, hoping to sound worldly and mature to the man-boy. “I’ll just use him until I’m done with him, then get rid of him.”

Man-boy sort of choked and his eyes bugged out. “He’s right there!” he hissed in a whisper, as if I’d forgotten Luke’s head in my lap… but I kind of had. Crushing guilt immediately settled in my chest, but I shrugged.

“He’s sleeping,” I said, more hoping to reassure myself than anything.

Luke did not move.

Conversation drifted to other topics.

Eventually, Luke stirred and pretended, half-heartedly, to wake up. He was very quiet as we all piled into the vans to go back to town. He sat next to me, but he wouldn’t look at me. All I could do was whisper my sorrys to him in a van full of other people.

When we got home, I apologized some more, promised I hadn’t meant it, begged for forgiveness. If I were him, I don’t think forgiveness would have been high on my list of things to give out at that moment, but he forgave me. He was a good guy like that.

I still have no excuse other than that it was a poor attempt at a joke-y way to shrug off a question that made me panic. I still have guilt. I still deserve guilt, I’m pretty sure.

Hey, Luke? If you ever find this and read it, I’m sorry again. I suck. You are a gentleman and the kindest soul for offering your forgiveness for the worst thing I ever said to you.