In between Luke and Matt, I had a few months of singledom. Not many, but a few.

In one of those months of singledom, I met a dude online. I can’t really remember how, but we struck up a conversation on AIM (which was the texting of the early 2000s, I guess) and chatted for a few weeks.

Then he asked me out and I said yes. 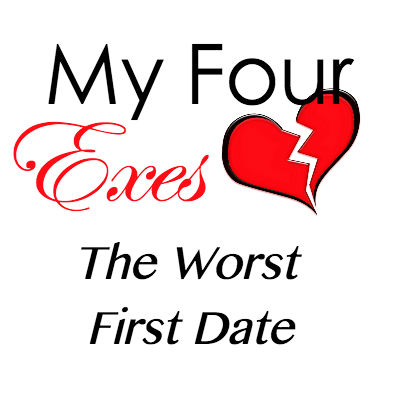 In a fit of online honesty, I admitted that it had been actual years since I’d been on a first date, and I had no idea what I was doing, and I was currently freaking out about what to wear. He talked me down and we decided together that we would both wear jeans– and my heart rate went down to something resembling normal, and I thought this might possibly be a good thing.

The first time you meet someone, you’re supposed to notice something about them, I think. Their smile or their eyes or some shit like that. I noticed this dude’s smell, and not in a nice way. Presumably he had showered, but I guess I just wasn’t used to the smell of a new guy, after my years with Luke. Of course, the offending stench could have been coming from his jeans, which were only jeans in the sense that denim material was holding together the holes. They looked like they should smell. We sat outside, so that helped, but his malodorous pheromones kept putting me off my dinner.

Dinner conversation was awkward and banal, but you know, I wrote it off as first date jitters. My first date with Joe had been seriously 5 years earlier, and I never really had a first date with Luke since we were buds before we dated. Maybe all first dates sucked. That had to be it.

After dinner he decided that we should go back to my dorm room and watch a movie he’d brought with him. In my defense, I would never agree to such a thing now, but back then I was somewhere between teenager and adult and I didn’t understand what adult things were supposed to happen when you brought someone back to your dorm room with you. I thought we were going to watch a movie.

He thought we were going to make out. He immediately copped a feel– like threw his arm around me and grabbed a handful of breast. I would like to say I kicked him out right then, but I didn’t. I sort of sat, paralyzed, like a possum playing dead, until I could slide away carefully and pretend to be engrossed in the movie (which I cannot remember at all).

When the movie was over, I somehow managed to get him to leave without going in for a kiss, which I might have returned with a dry heave because the strange man smell was totally getting to me by then.

He IMed me when he got home. I shoved down the guilt of being one of those girls who only wanted a free dinner, and ignored him.

He IMed me the next day. What could I say? How could I explain that I thought he was a nice guy, but then he grabbed my boob and smelled weird and I wasn’t into that? So I ignored him.

He IMed me the next day, and I could tell he was getting mad. He said I should at least tell him if I was going to stop speaking to him. But I didn’t. I just ignored him.

So I’m on that long list of his, I’m sure, of girls that only wanted a free dinner out of him and never spoke to him again. Hopefully one of them was less of a chickenshit than me and told him to work on his first date etiquette, especially about the holey jeans and the smell and the boob grabbing.

So the worst first date I ever had was also our last date.

One thought on “The Worst First Date”