But Joe was a wrestler. 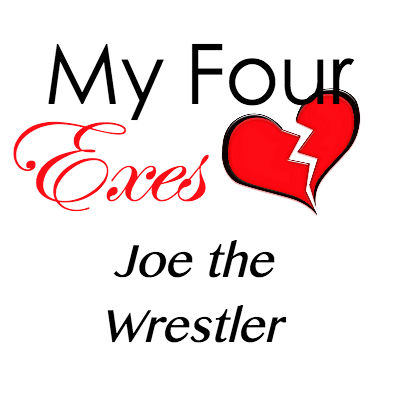 If the only thing you know about high school wrestling is that Emilio Estevez was supposed to be a wrestler in The Breakfast Club, you may wish to turn away now. Because wrestling is sort of gross.

Over the course of the year, someone on the wrestling team got some sort of worms and everyone had to be treated for it. Boys frequently contracted a condition called “cauliflower ear” which is just as nasty as it sounds. And let’s not even talk about making weight. Ew.

Additionally, I’m sorry, but they do wear tights, and have their faces in each other’s junk all the time, and generally look like mating beetles during nine out of ten matches.

It’s not a glamorous thing.

Mostly, I managed to avoid the whole situation, but one Saturday, I had the pleasure of going to a meet with Joe’s dad. I had to make awkward conversation with the dad in the car for an hour on the way to the out-of-town school. (Joe rode on the team activity bus, of course, not with us.) Then I had to wait around all day for Joe’s 5 minutes of fame. Then I had to hug him after. (Blech.) And then I had to make more awkward conversation with Joe’s dad for another hour on the way back.

The next morning, I woke up with a bruise in the middle of my back from leaning back on the bleachers too hard, and a hate for wrestling that has never truly left me.

I suppose if I’d been a better girlfriend, I would have cheered him on at more meets and stuff. I would have been more sympathetic about the making weight rituals and the disgusting injuries.

Lucky for me, I was fourteen and could plead complete ignorance on what a good, supportive girlfriend was supposed to do. I’m sure it saved me from at least a few parasites.

2 thoughts on “Joe the Wrestler”