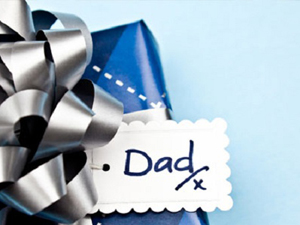 In honor (I guess?) of Father’s Day, I thought I’d tell you about the dads.

The most time I ever spent with Joe’s dad was in the car on the way to a wrestling meet. I didn’t like him. He inflicted his opinions on me as if I would listen to him just because he was some sort of authority figure. That was probably true (as I had a neurotic need to respect authority), but I resented the fact that he thought he was my authority figure, and I resented the fact that I was obligated to listen to him. I was also vaguely creeped out by him. I can’t remember specifically why– just the feeling of creepitude.

Later on, when Joe told me his big secret (that he was a smoker), he blamed it all on his dad. “It’s so hard not to smoke when everyone else in your family does it.” (Didn’t buy it.) So, in general I wasn’t a big fan of Joe’s dad.

Turns out I was right in the long run. I heard through the grapevine later that Joe’s dad turned out to be a not-good human being. That’s not a story that’s mine to tell, but I’m pretty sure Joe would agree with my assessment of his father in his adult life.

Shane wasn’t much for talking about his family (aside from his “sister” who wasn’t really even his sister). We mostly played at adulthood and disregarded the need for parental guidance except when it came to getting them to drive us places.

He managed to get his parents to drive him down to my neck of the woods, ostensibly for college visits at some point in high school. I met his parents once for a grand total of about two minutes and thirty seconds. I drove him back to his hotel after spending the day with him and he reluctantly introduced me to his parents.

The only thing I remember about his dad was that he was huge and shirtless. Yes, I met my sort-of boyfriend’s dad for the first time when he was shirtless and lying in a hotel bed. I’m pretty sure either me or Shane or maybe both of us died a little inside from the sheer embarrassment of the whole situation.

I know, I’m going a little out-of-order. This should be Luke’s dad’s section, but I’m saving him for the end because of literary structure and stuff. This whole post makes more sense if he’s at the end. So this is about Matt’s dad.

Matt had deep issues surrounding his dad. His parents were not on the best terms with each other, and I gather hadn’t been for years. Matt had interpreted the whole situation as entirely his dad’s fault, and therefore his dad was an unforgivable bastard and his mom was practically a deity. I didn’t know Matt’s dad very well, but even in my younger years I was unwilling to write anyone off as completely at fault for something, especially a something like a marriage, in which there are two people involved.

In general, I still claim that rule, although the other thing I’ve learned along the way is that it’s hard to know the inner-workings of a family that you’re not really a part of. The thing I’ll remember about Matt’s dad is the night he cooked us authentic Cuban food and brought it up to Matt’s room for us on little TV trays because he was so excited for me to try it. (I thought it was sweet. Matt was annoyed.)

I’ve talked at length about Luke’s dad before. I probably spent more time with Luke’s dad than any of the other dads. In a way, he’s still a bigger presence in my life than the other dads are, too. Luke’s dad was my first real loss in this world.

I feel guilty claiming that, even now. He wasn’t my dad, after all. I didn’t grow up with him. I didn’t spend my childhood with him. But I loved his son, and I spent lots of time with Luke’s dad and the rest of the family– and in my teenagery way, I loved him, too.

In my adult life, I’ve lost more father figures. I still always feel the sting of guilt when I grieve them. They weren’t my dads. Someone loved them more than I did, and I don’t have as much right to be sad about the loss as their real children do.

But I’m learning (slowly, slowly) that grieving is personal, and that invalidating my love or grief or joy because someone else’s must be (or should be) greater doesn’t make any sense.

I’m also learning, a little less slowly, how rare and wonderful a gift a father figure really is– obviously they’re not automatically father figures just because you love their sons.

This Father’s Day, I’ll be thinking about my dad, of course, and how lucky I am to have him, and what a truly wonderful example of a dad he really is, but I’ll also be remembering Luke’s dad and the other father figures who have been a part of my life, and some of whom I’ve been too ashamed to grieve because they weren’t “mine.” And I think I’ll try to be ok with claiming them, and grieving them, and loving them.