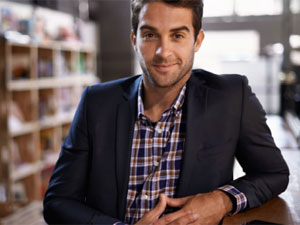 I’m usually not all that impressed with pick-up lines. It’s not that I haven’t gotten many. I’ve had my fair share. The one that comes most quickly to mind came from a painfully nerdy fellow who was in all-state chorus with me one summer. Just before our concert, he said, “Oh, I like your sweater. Could I see the tag?” I was a polite kid, so instead of, “No, creepazoid,” I answered, “Ummm, why?” and he said (I shit you not), “I want to see if it says ‘made in heaven.'” And then he proceeded to laugh at his own joke, very much in the style of Ernie from Sesame Street. (Incidentally, I’m still not sure if he meant I was made in heaven or my sweater was made in heaven… pick-up line fail, dude.)

Trust Shane to turn it all around for me, though. You already know he was a great woo-er…

On that same trip (the one with the woo), he came in to hang out in my room for a few minutes before he trotted off to sleep on the pull-out couch. We were both sitting on my bedroom floor, facing each other, and he mentioned he’d taken his contacts out.

“I can still sort of see. I just can’t see far away things.” He paused and grinned, a little bit wickedly. “I’ll just have to get really close to you.”

And he leaned forward until our noses almost touched.

Dear readers, please forgive my skittish, slightly prudish, and very shy 15-year-old self, but I immediately leaned back. Yes, I leaned back. Sigh. In reaction, he leaned back too, and then we both laughed to cover our awkward.

But what if, instead of leaning back a foot, I’d just leaned forward one tiny inch? I could have called his bluff, which maybe wasn’t a bluff. Maybe it was a pick-up line. Maybe it was him leaving a door open, just a crack, to let me know it was ok if I wanted to walk through it.

But I leaned back.