You already know about Bianca. Bianca was the other woman before I really put the pieces together, and before Joe said the worst thing he ever said to me. This was mostly because I hated Bianca. 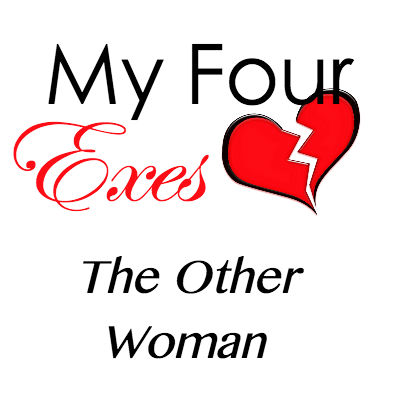 I have reserved my hate for a very small number of people in my life. Others have earned my stink-face and my dislike and my annoyance, but never my pure hate (partly because hating takes so much energy). One former supervisor and one former coworker have earned my hate. (And they were truly horrible people and totally deserved it.) And the only other one I can think of is Bianca.

Anyway, Bianca was always the other woman because even before I saw her dragging Joe off for heart-to-hearts and trying to flirt her way between us, I identified her as my competition. My much skinnier, smaller, cuter competition, damn her. It didn’t matter that she was grumpy and whiny and generally unfun. She was little where I was distinctly large, and her hair was flat and straight where mine was poofy and disobedient, and she was always the damsel in distress where I was always Cinderella smirking from her sooty corner. And sometimes Cinderella doesn’t feel like singing duets with the goddamn little birdies anymore. Sometimes Cinderella wants to kick fireplace ash in Bianca’s stupid face and then yank on her dumb, perfect hair. (Very mature, Cinderella.)

Shane’s other woman was Sarah. He told me about Sarah immediately. They were best friends, and they had a relationship that went far beyond any stupid boyfriend-girlfriend stuff (like what we had). She was his sisterly soulmate or some crap. Sarah was beautiful. Sarah was smart. Sarah hung the stars in the freaking sky. I never met Sarah, but I bet she had wings and a halo.

Perhaps most dysfunctional of all, Matt’s other woman was his mother. He’d hoisted her up on a pedestal from his earliest childhood, vilified his dad (who honestly didn’t seem all that bad to me), and would only claim his mother’s heritage (she was half Irish) and not his father’s (he was first generation Cuban-American). Everything he did was in tribute to his mother. He was chivalrous because his mother would be ashamed if he wasn’t. He butted in to everyone’s business because that’s what his mother did. He worried and fretted over her constantly (not that she didn’t perpetuate it by flipping out about everything).

After we broke up, he called me for some reason or another and in the course of conversation told me that our break-up had made his mother cry. Then he paused dramatically, like I was supposed to say something like, “Well in that case, maybe we should try again.” I didn’t. Neither did he. We just let the dramatic silence linger for a minute and then mutually decided on a nope. Or maybe mutually decided that Matt was better off with his one true Oedipal love.

So, I guess sometimes the other woman wins.

One thought on “The Other Woman”